Adventist World Radio The Voice of Hope for All Peoples 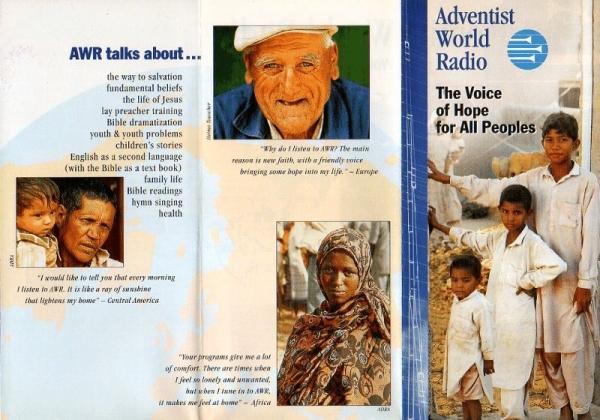 Adventist World Radio
The Voice of Hope for All Peoples 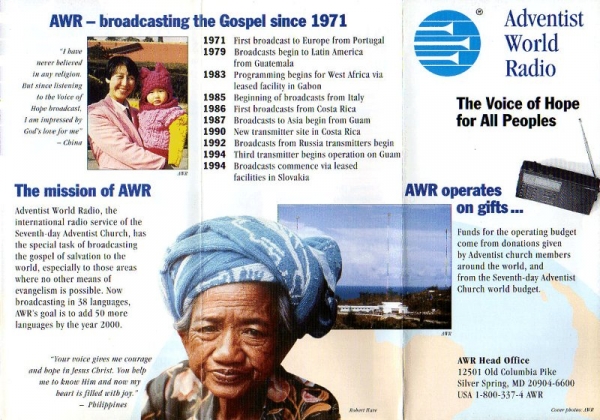 
The mission of AWR
Adventist World Radio, the international radio service of the Seventh-day Adventist Church, has the special task of broadcasting the gospel of salvation to the world, especially to those areas where no other means of evangelism is possible. Now broadcasting in 38 languages, AWR7s goal is to add 50 more languages by the year 2000.

AWR Operates on gifts...
Funds for the operating budget come from donations given by Adventist church members around the world, and from the Seventh-day Adventist Church world budget. 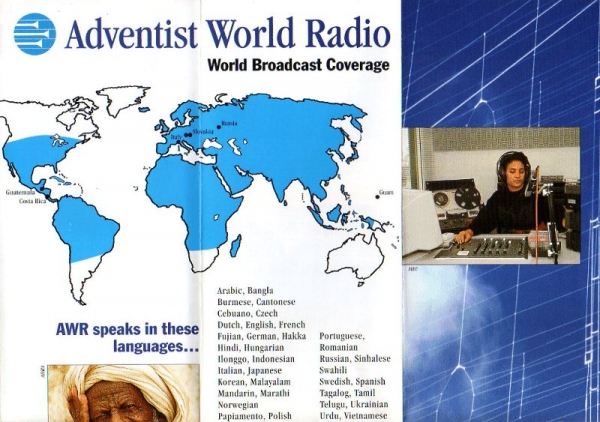 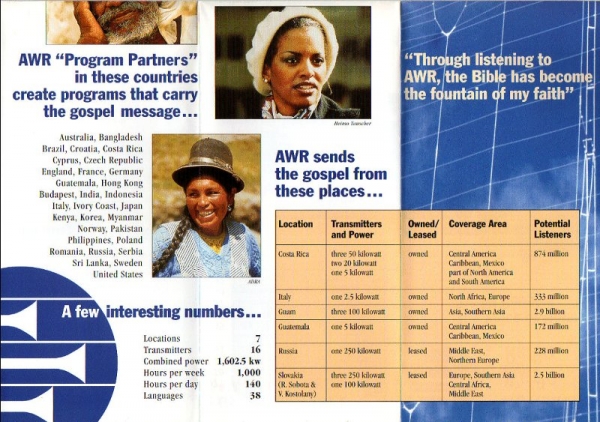